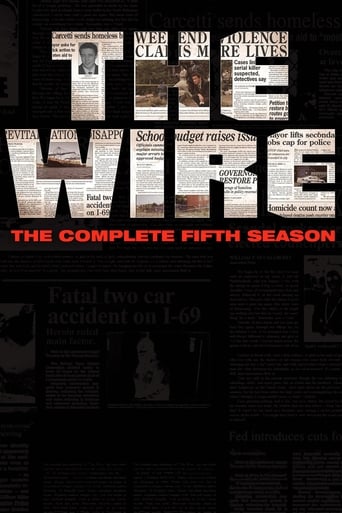 The Wire is an American television crime drama series set and produced in and around Baltimore, Maryland. Created and primarily written by author and former police reporter David Simon, the series was broadcast by the premium cable network HBO in the United States. The Wire premiered on June 2, 2002, and ended on March 9, 2008, comprising 60 episodes over five seasons. Each season of The Wire introduces a different facet of the city of Baltimore. In chronological order they are: the illegal drug trade, the seaport system, the city government and bureaucracy, the school system, and the print news media. The large cast consists mainly of character actors who are little known for their other roles. Simon has said that despite its presentation as a crime drama, the show is "really about the American city, and about how we live together. It's about how institutions have an effect on individuals. Whether one is a cop, a longshoreman, a drug dealer, a politician, a judge or a lawyer, all are ultimately compromised and must contend with whatever institution to which they are committed." Despite only receiving average ratings and never winning major television awards, The Wire has been described by many critics and fans as one of the greatest TV dramas of all time. The show is recognized for its realistic portrayal of urban life, its literary ambitions, and its uncommonly deep exploration of sociopolitical themes.